CASE
Netflix isn’t just a very nice streaming service but also exceptional when it comes to releasing new films and series. Requests from Netflix to us, Megawatt Fieldmarketing, are surprisingly never aimed at recruiting new customers. It’s always about creating an ultimate experience. The same goes for 'The Irishman’. Netflix asked us to offer the fans a ‘little piece of Irishman' in his or her own city.

APPROACH
To bring a "piece of Irishman" to the Netherlands, an authentic vintage Citroën was used. It’s shown in the film and perfectly reflects that part of history. With this old Citroën we drove through different city centers to distribute original "Irishman" newspapers. Bystanders received this special newspaper from the hands of old-fashioned paper boys.

REALIZATION
When the film was released, we drove the characteristic Citroën through various Dutch cities. The paper boys put a smile on the face of every passer-by, while shouting and hanging from the windows of the Citroën, handing out the newspapers. Mission accomplished… and the film too! 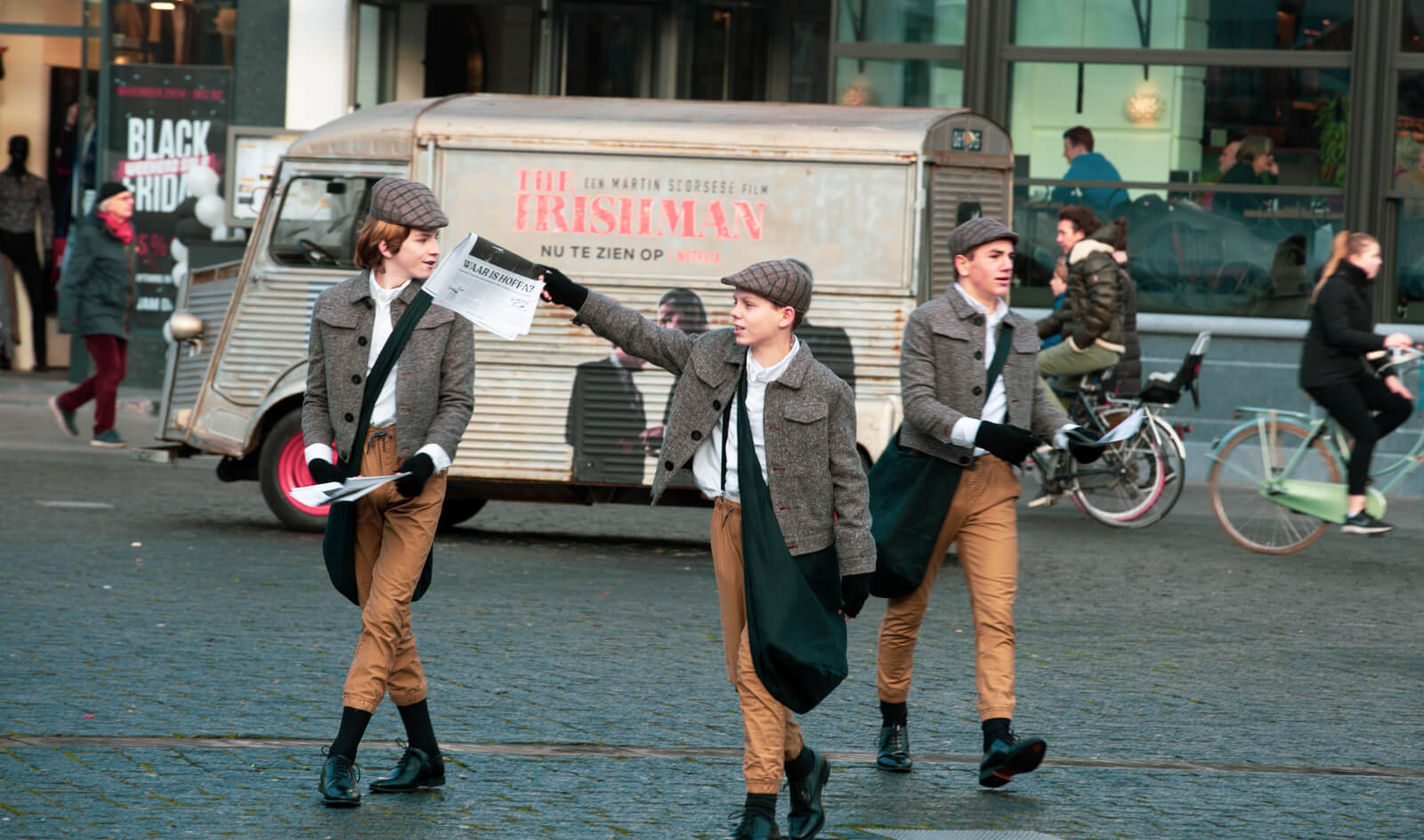 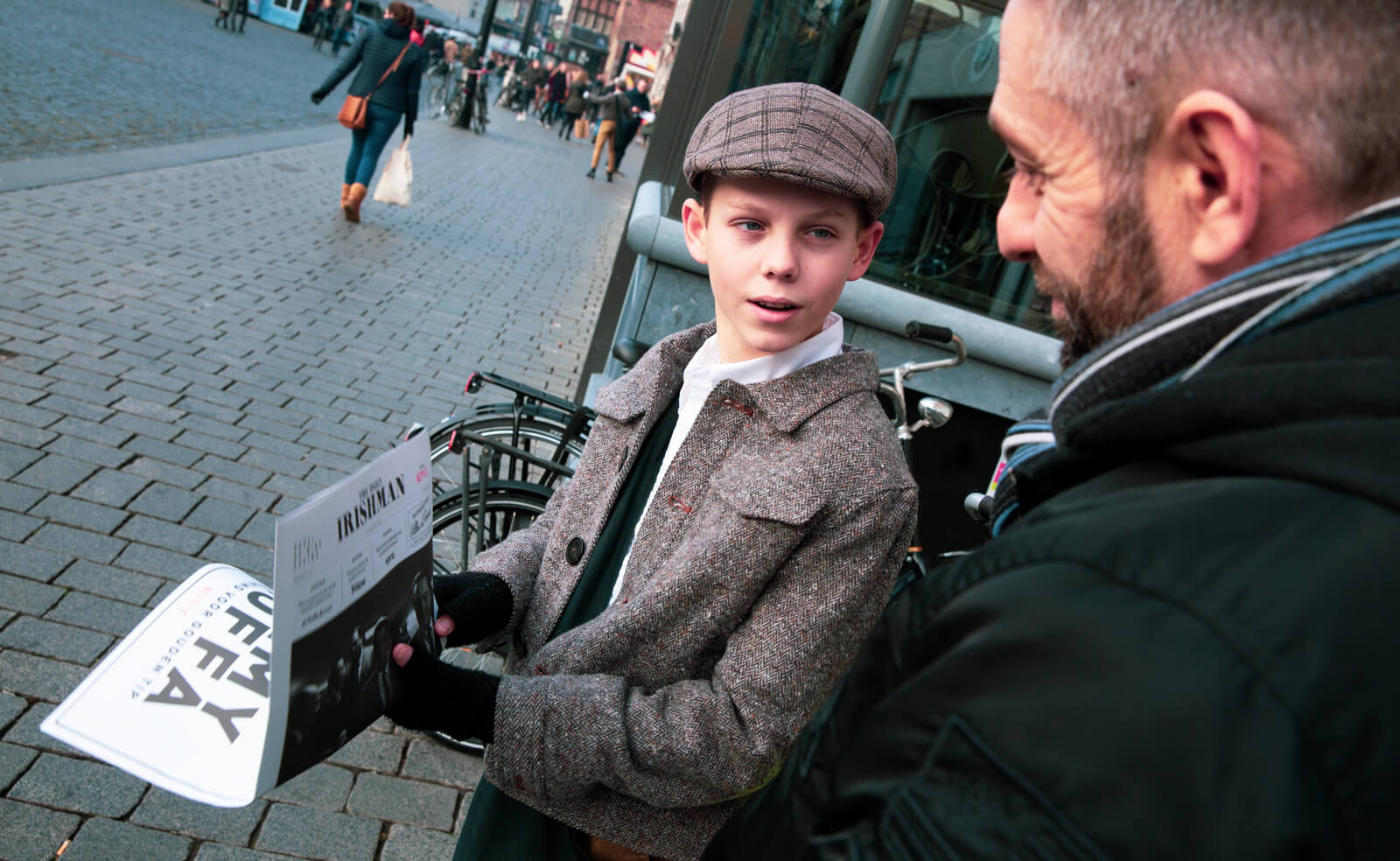 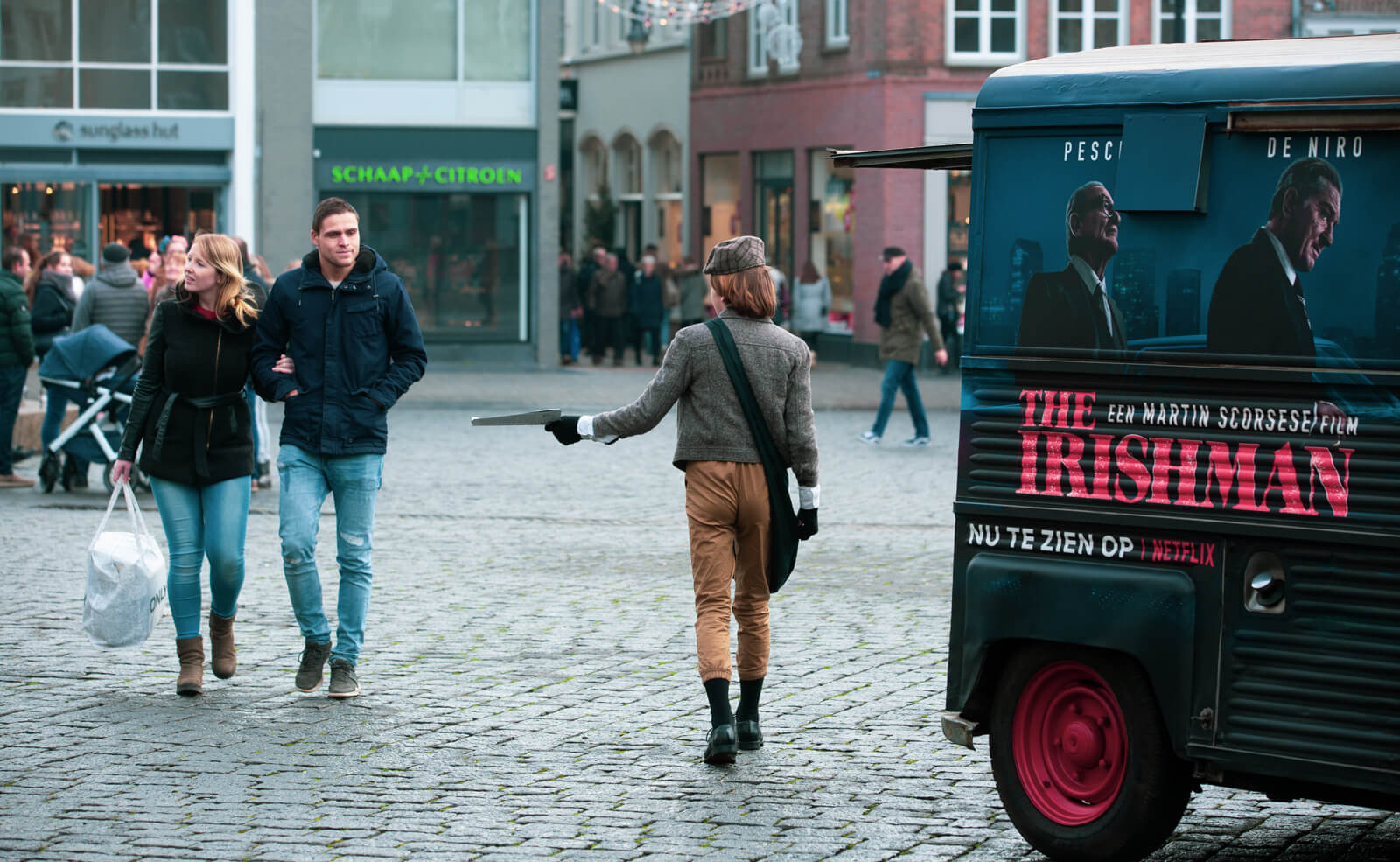 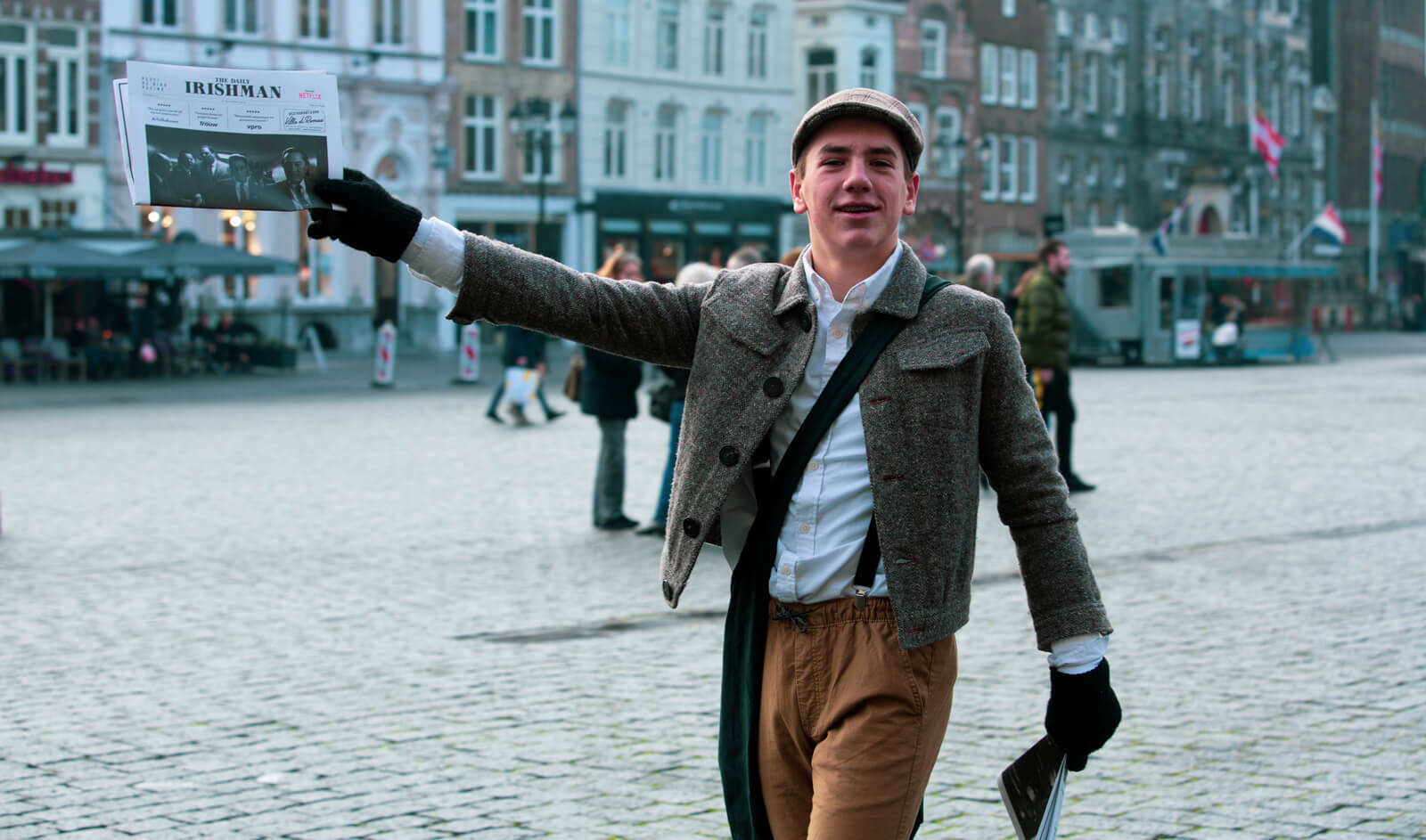