CASE
King of Socks is a new player on the web shop market. Offer; the cheerful brand Happy Socks, at a competitive rate. King of Socks started at the beginning of this year and asked Megawatt Digital for help. Request; increasing visibility among the target group and more conversion. On the sidelines, Megawatt Advertising is helping out with the rebranding of King of Socks. Prepare for some new happy feet, the next few months! 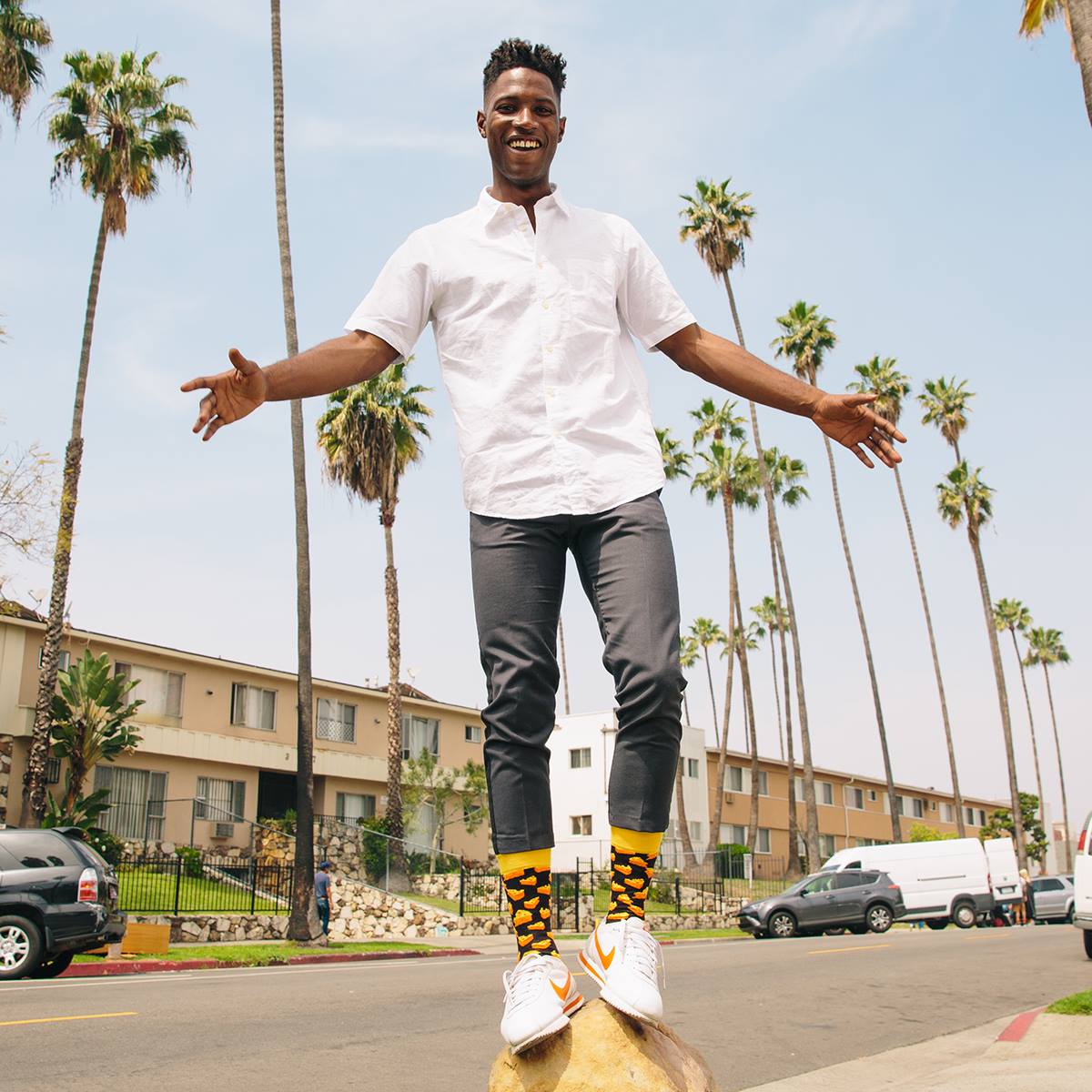 APPROACH
After the digital plan (based on extensive market research and the available content and resources) we start testing the target groups. It often takes a while before you know which advertisements appeal to the right target group. Based on insights and data from the research, we set up the definitive social advertising campaigns. But it doesn't stop there. The settings are always 'tweaked' to achieve the goals. We continue until we have found the right (potential) customers of King of Socks, and then we go ‘all in’. 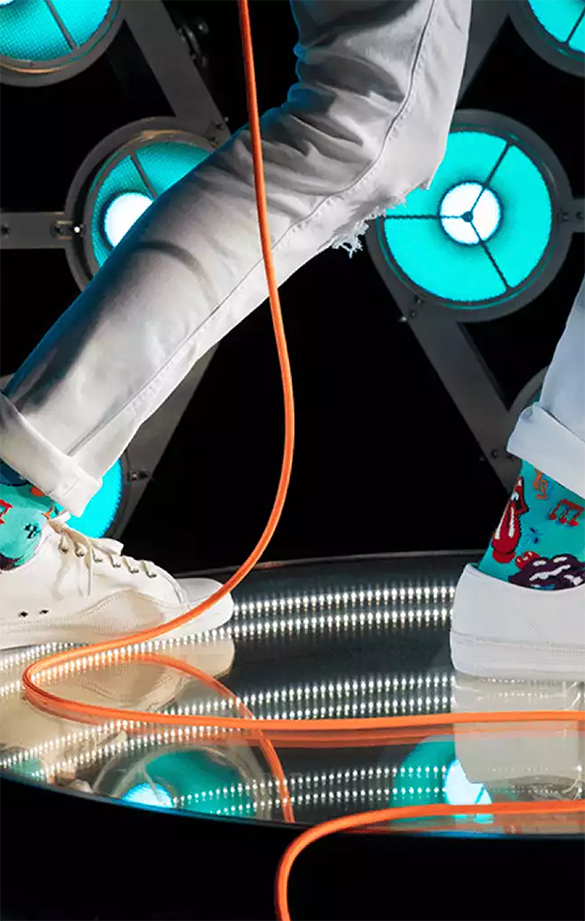 REALIZATION
The campaign shows clear growth by continuously optimising the campaign, testing new target groups and creating new advertisements. After six months of campaigning, we can share some figures. The new King of Socks brand reached 200,000 people in its first year with over half a million views. This has resulted in the website gaining 10,000 new visitors with an average price per click of 20 cents. 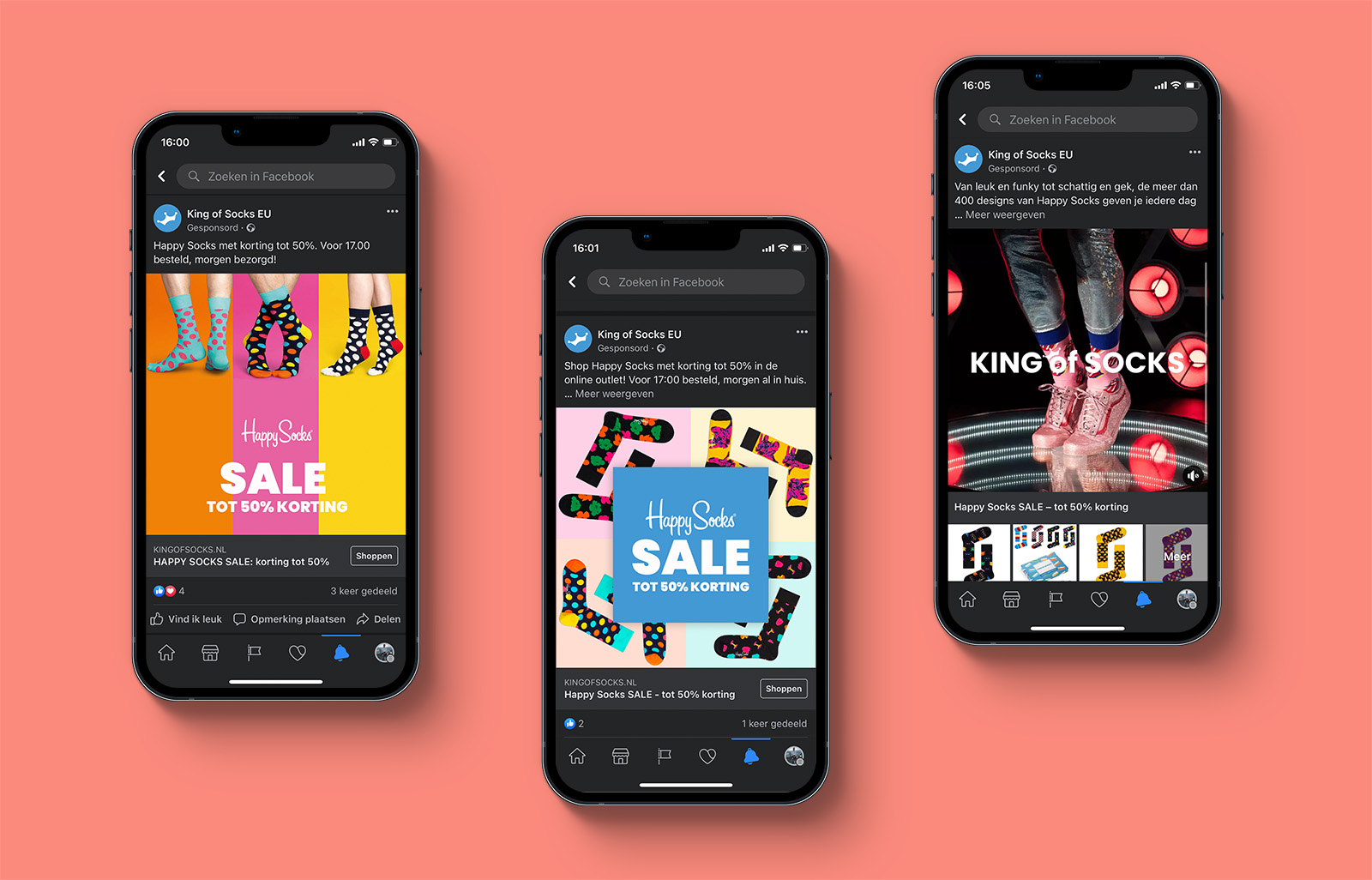