CASE
In honor of the fourth season of Formula 1: Drive to Survive, Netflix has challenged us to announce the series in a spectacular way. The last race of this season was watched by millions of Dutch people, with heated discussions about the rules of the game afterwards. And that’s no surprise, because in Formula 1, the rules change just as quickly as an average tire change during a race. To stay sharp, we have to keep our Formula 1 knowledge up-to-date. That’s why we gave the Netherlands the opportunity to put their knowledge to the test during the national Formula 1 Exam on CM.com Circuit Zandvoort with Robert Doornbos and Shelly Sterk as hosts.

APPROACH
An interactive social campaign was the start of the unforgettable activation for Netflix. We asked followers questions about Formula 1, refreshed their knowledge with interesting facts and more than a thousand Formula 1 fans registered for the exam. Based on special motivations 80 die-hard Formula 1 fans were called up for the exam at CM.com Circuit Zandvoort. Led by Robert Doornbos, the participants came closer to the track than ever before, were trained for a very fast pit, experienced a real-life race on the simulation and finally answered 33 theoretical questions during the national Formula 1 exam. The 7 best exam candidates were honored and immediately got into a Formula RP1 car to race. “It’s lights out and away we go.” 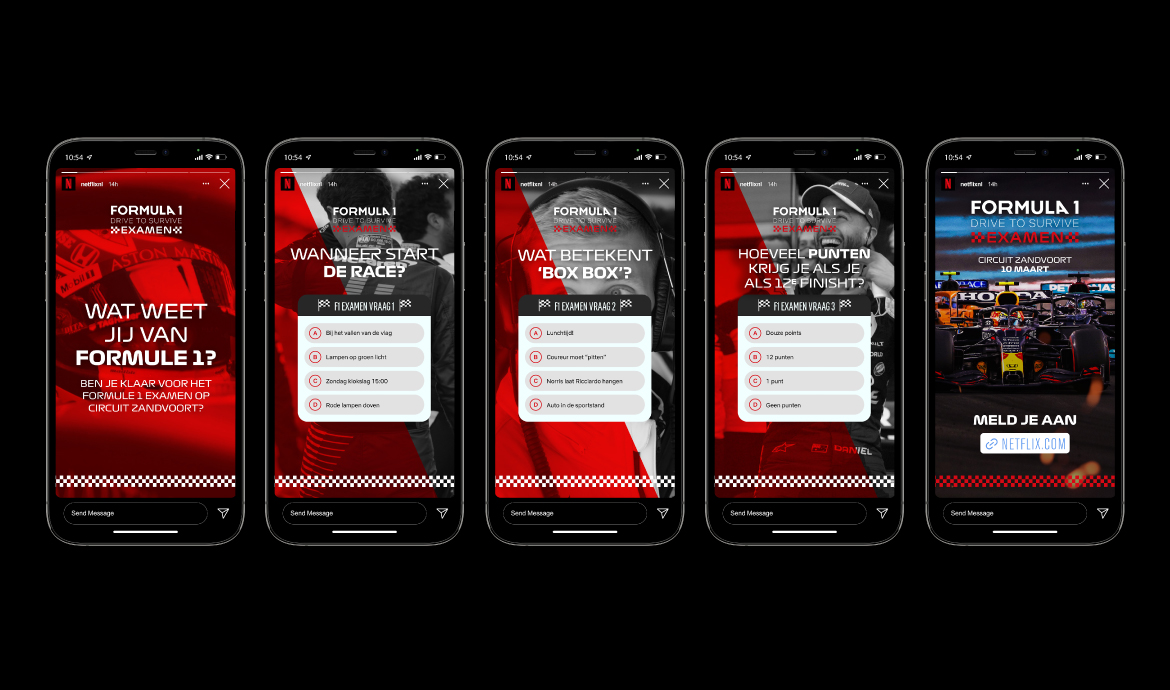 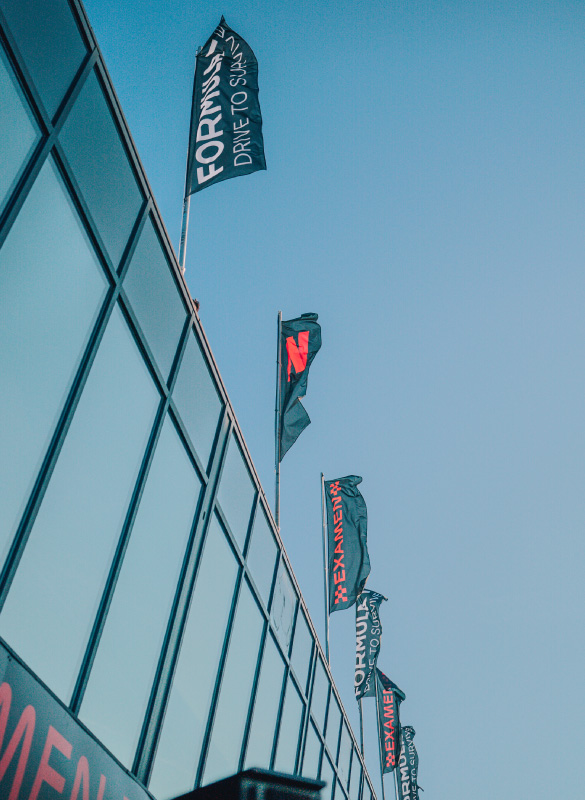 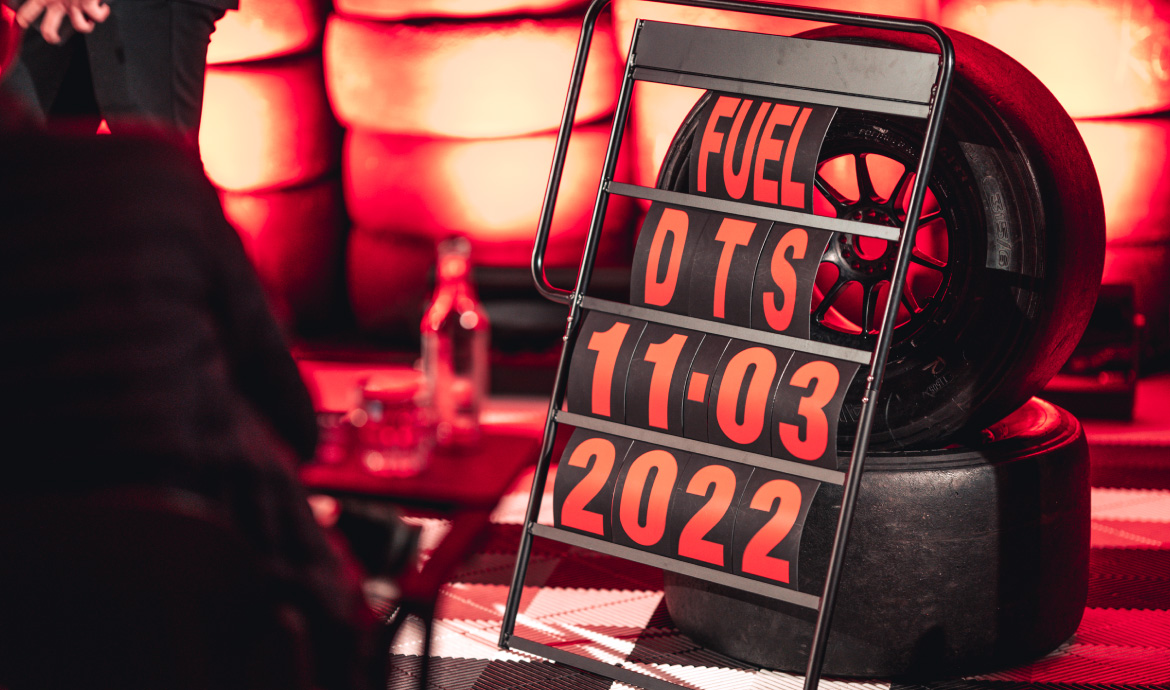 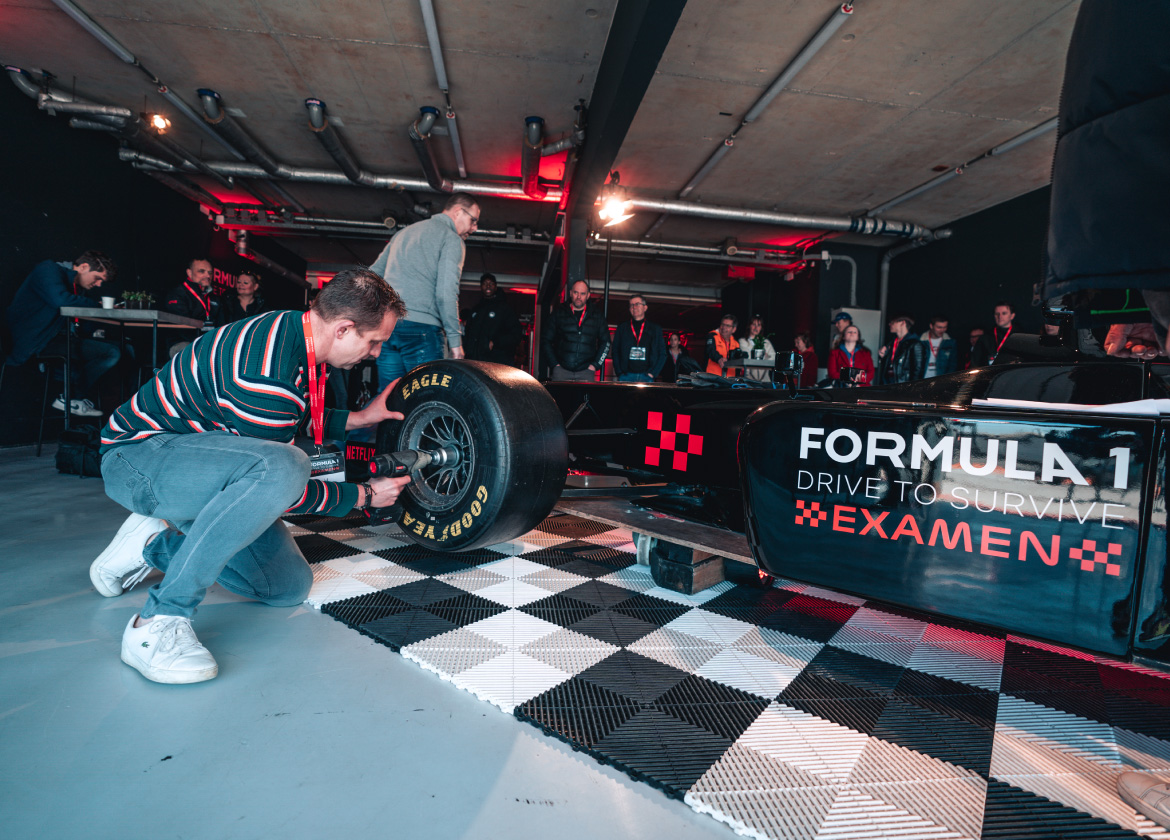 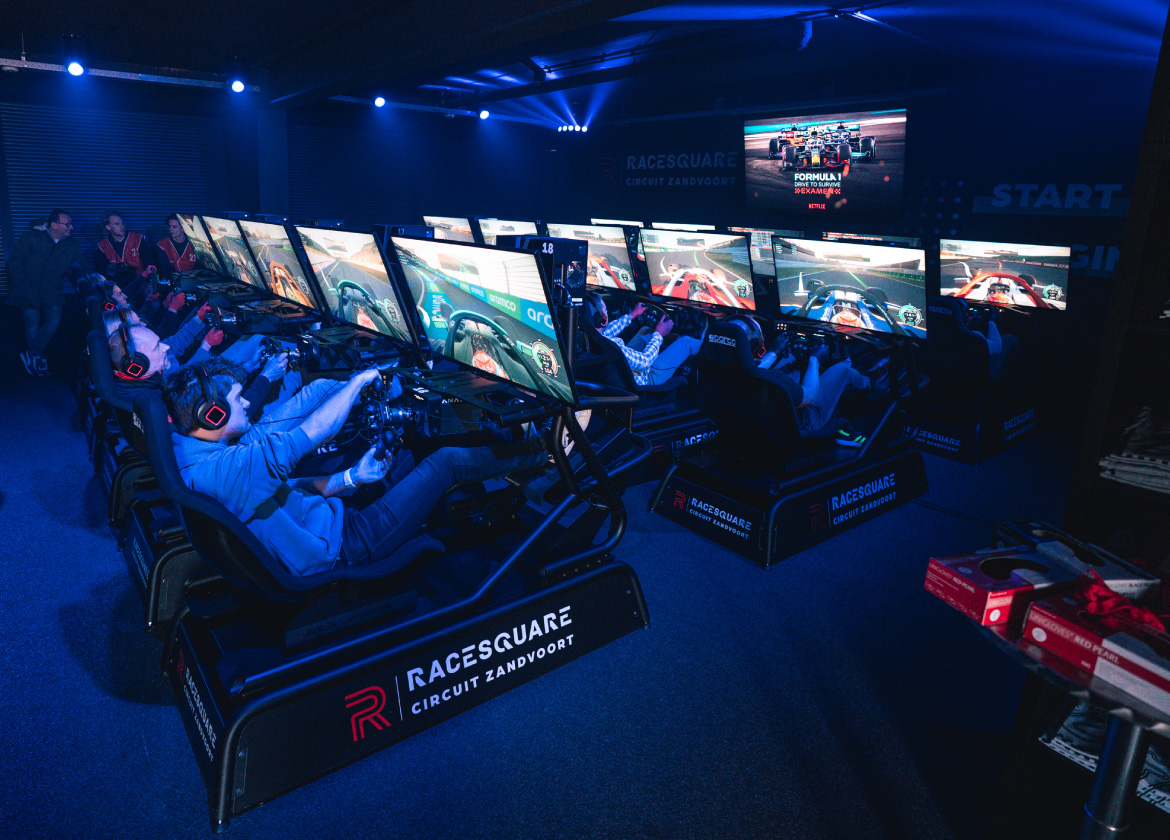 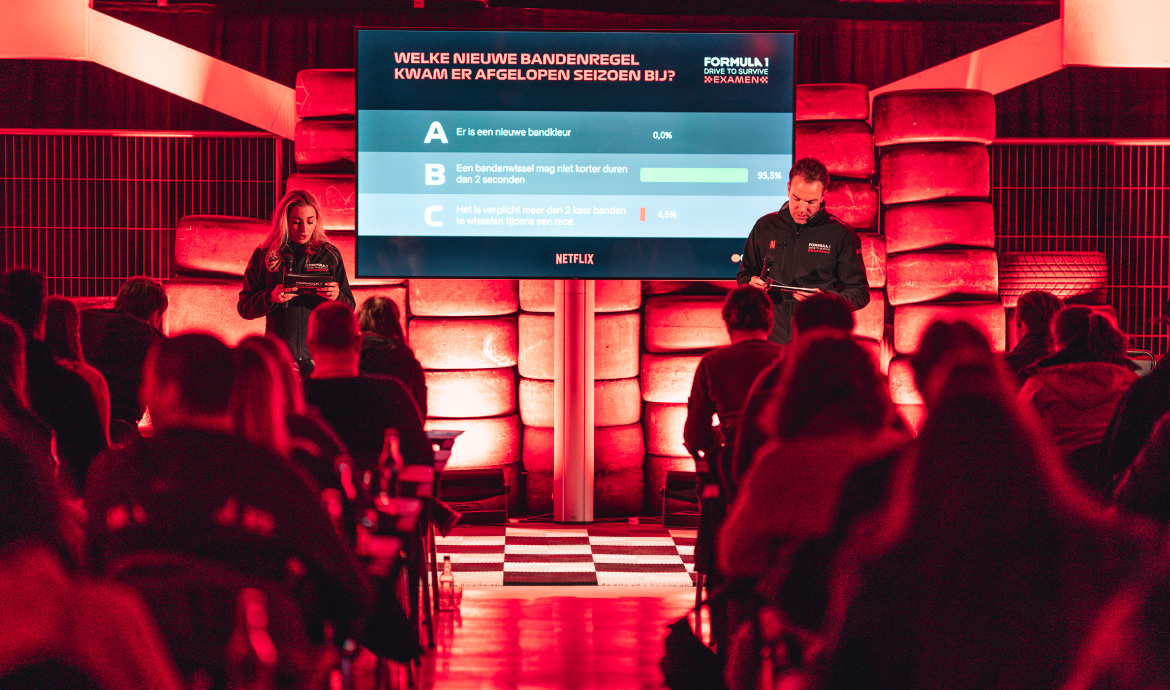 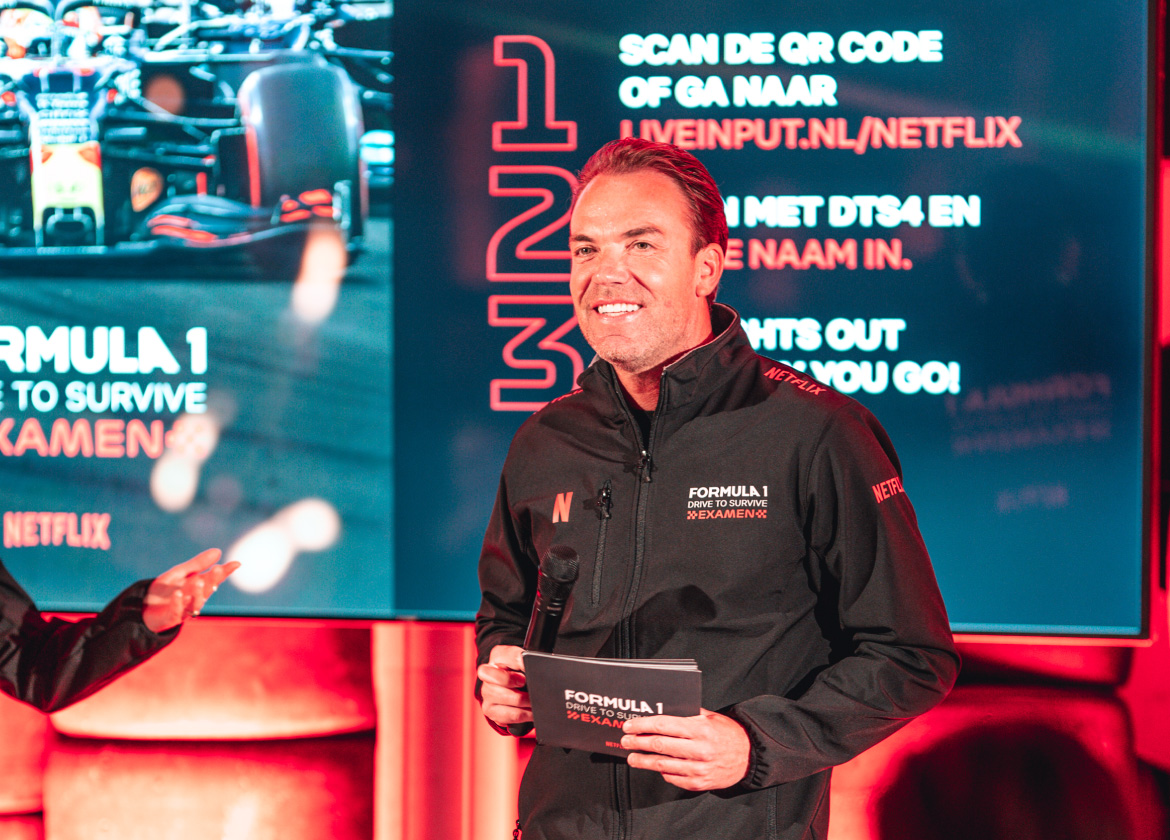 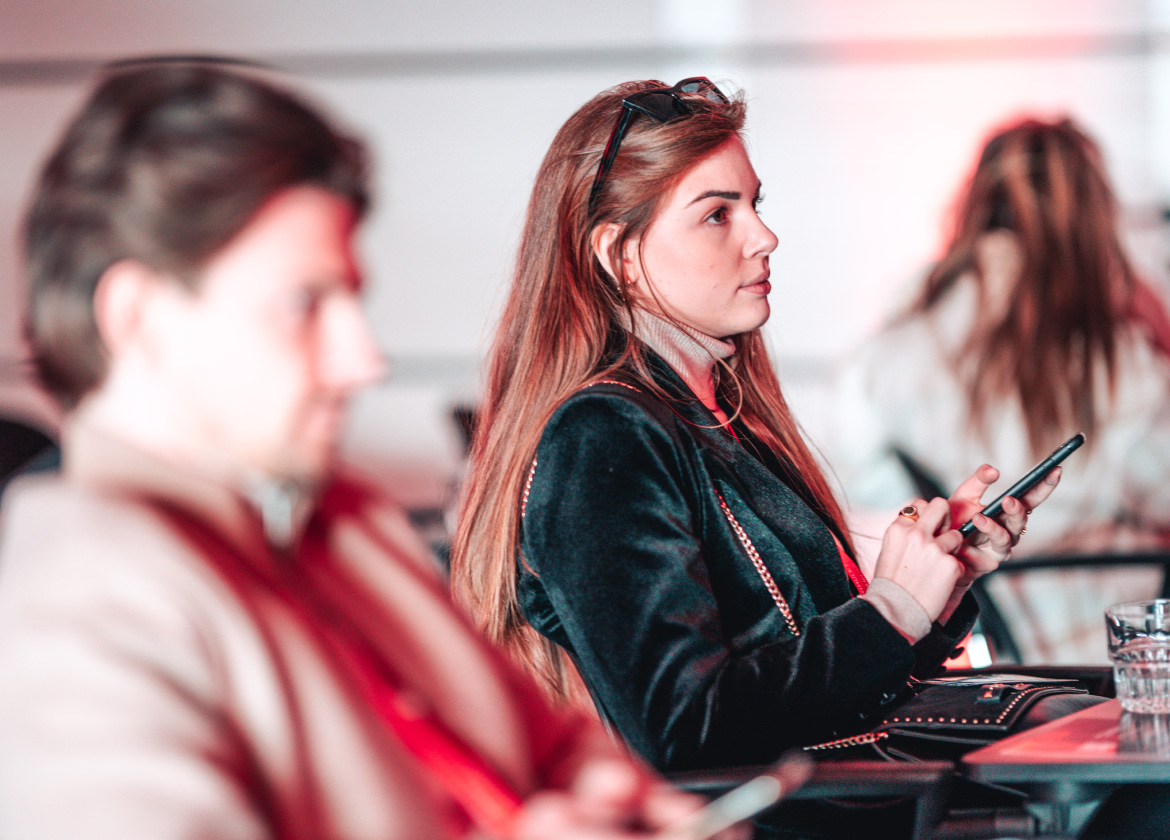 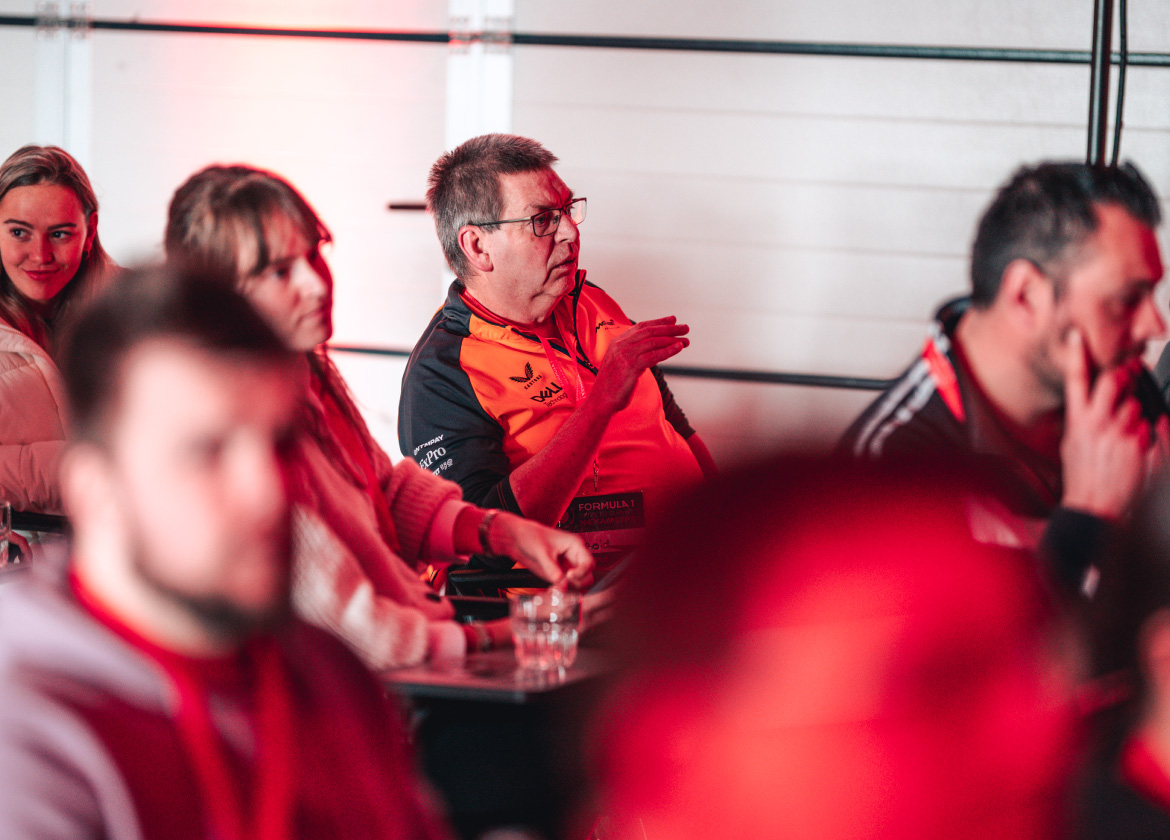 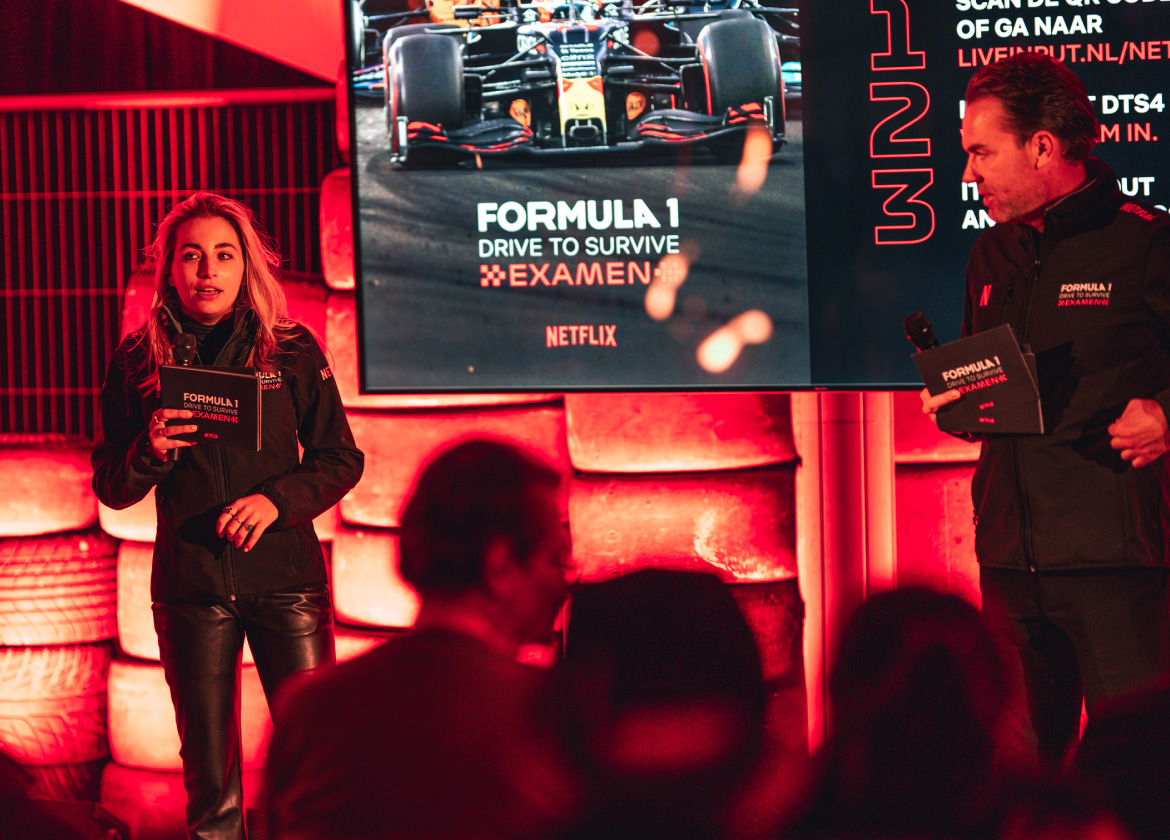 REALIZATION
Buzzzzz. We gave all Formula 1 fans an unforgettable day, shared a lot of knowledge, admired the CM.com Circuit Zandvoort and raced of course. The activation was a great success, well picked up in the press and influencers shared countless stories with their supporters. 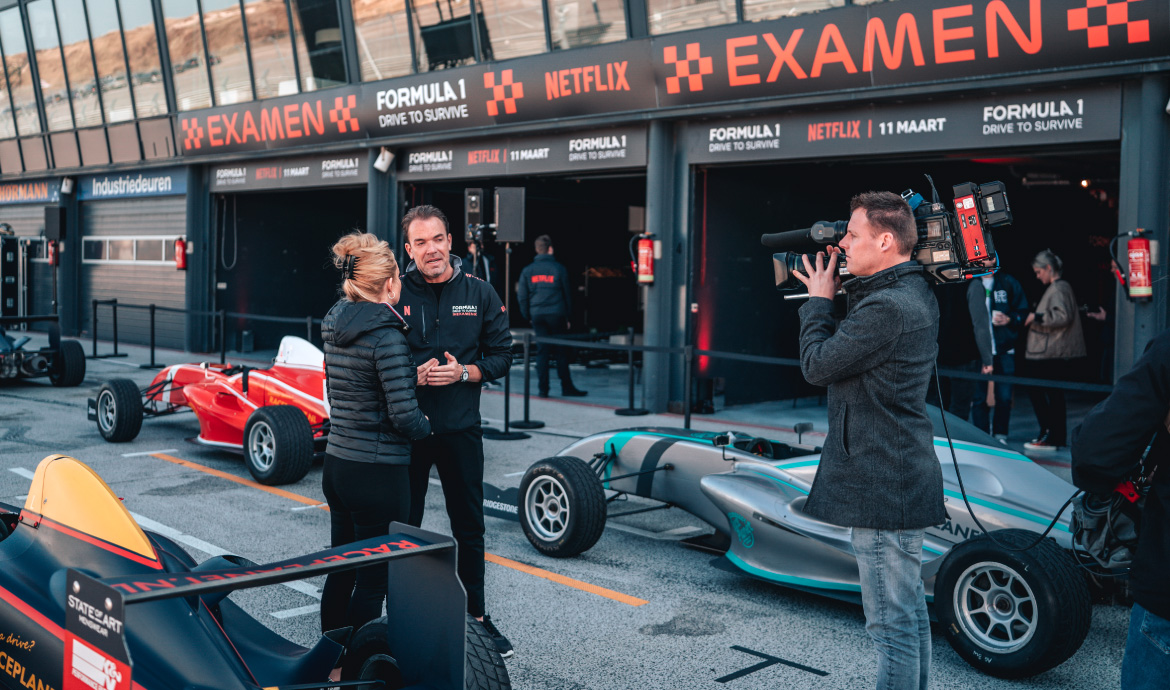 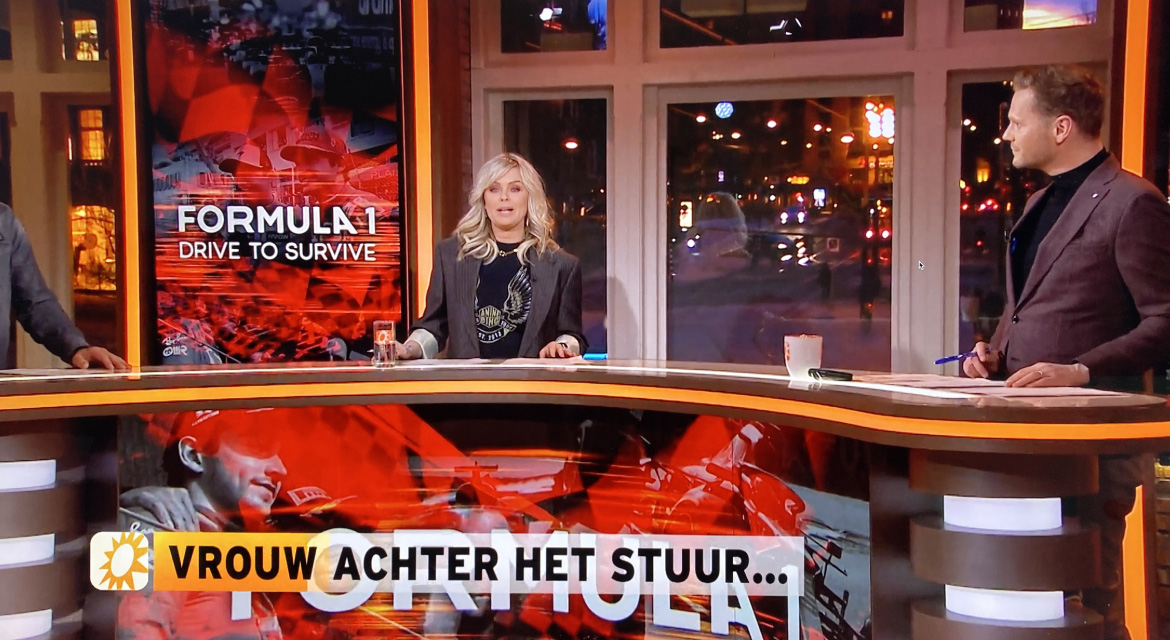 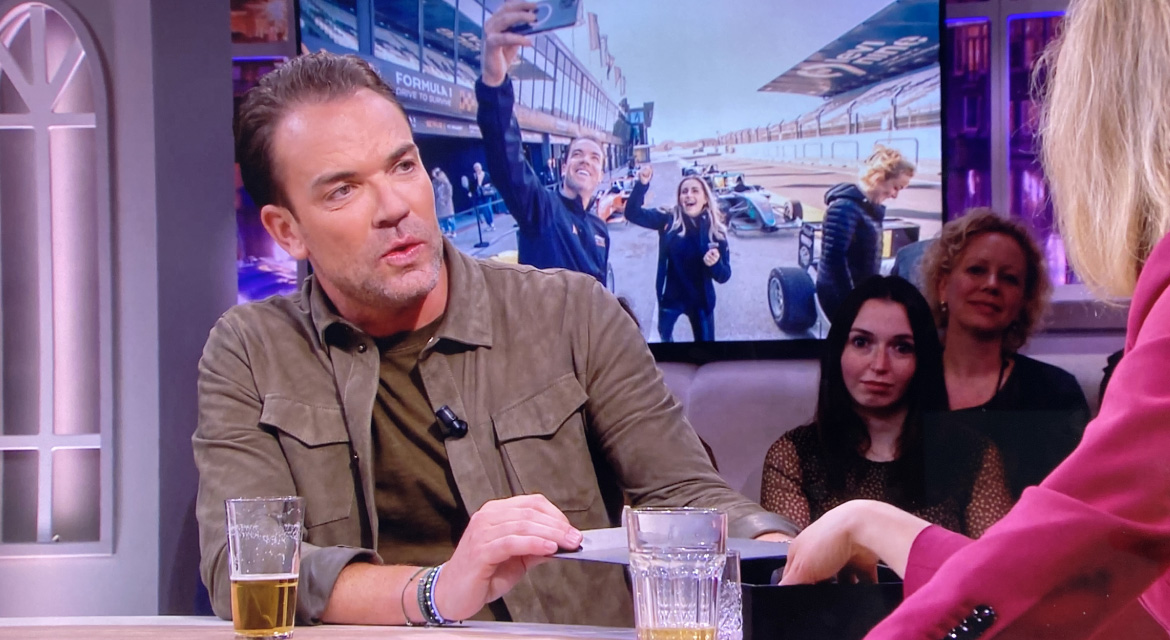 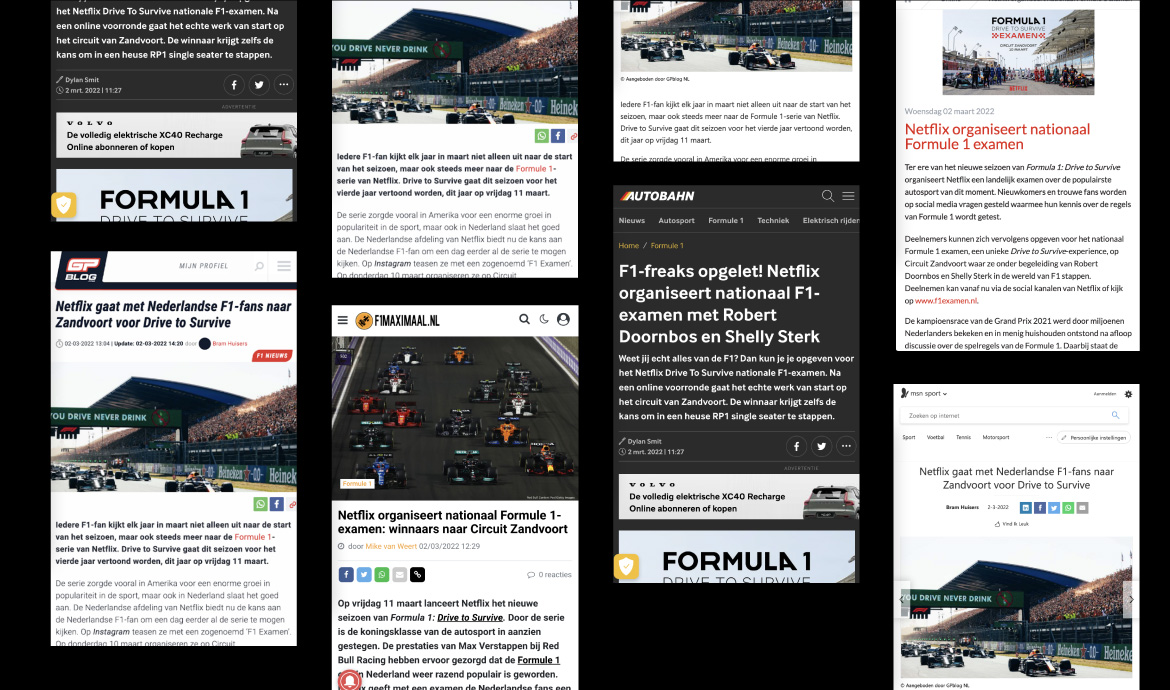 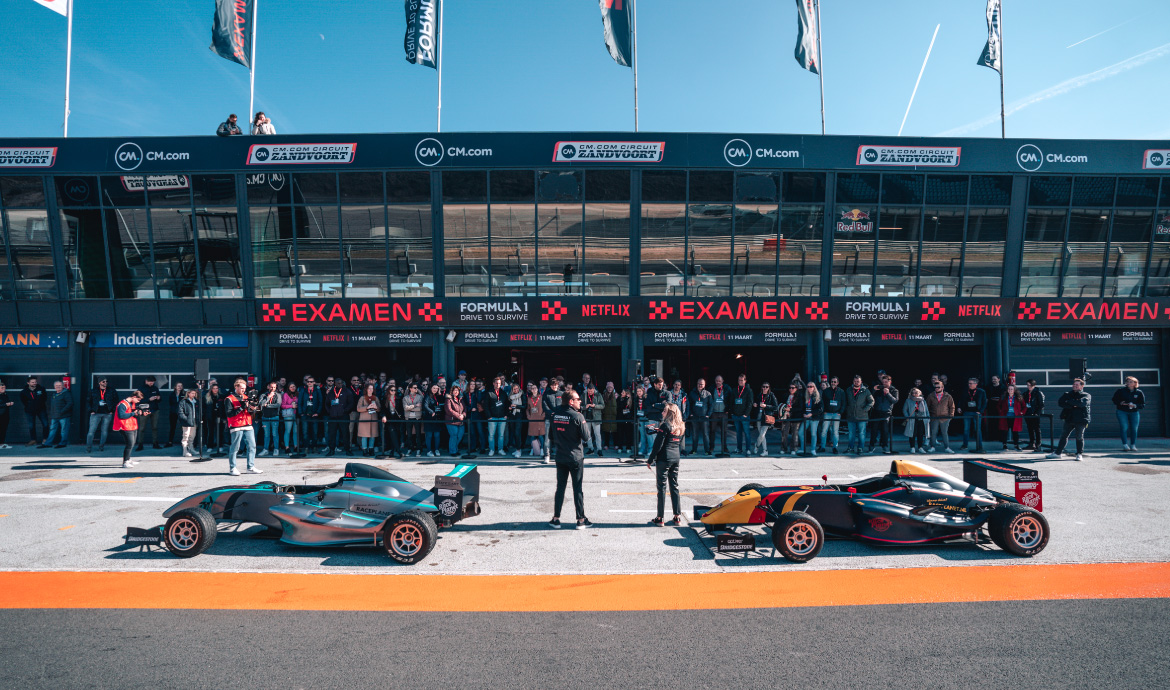 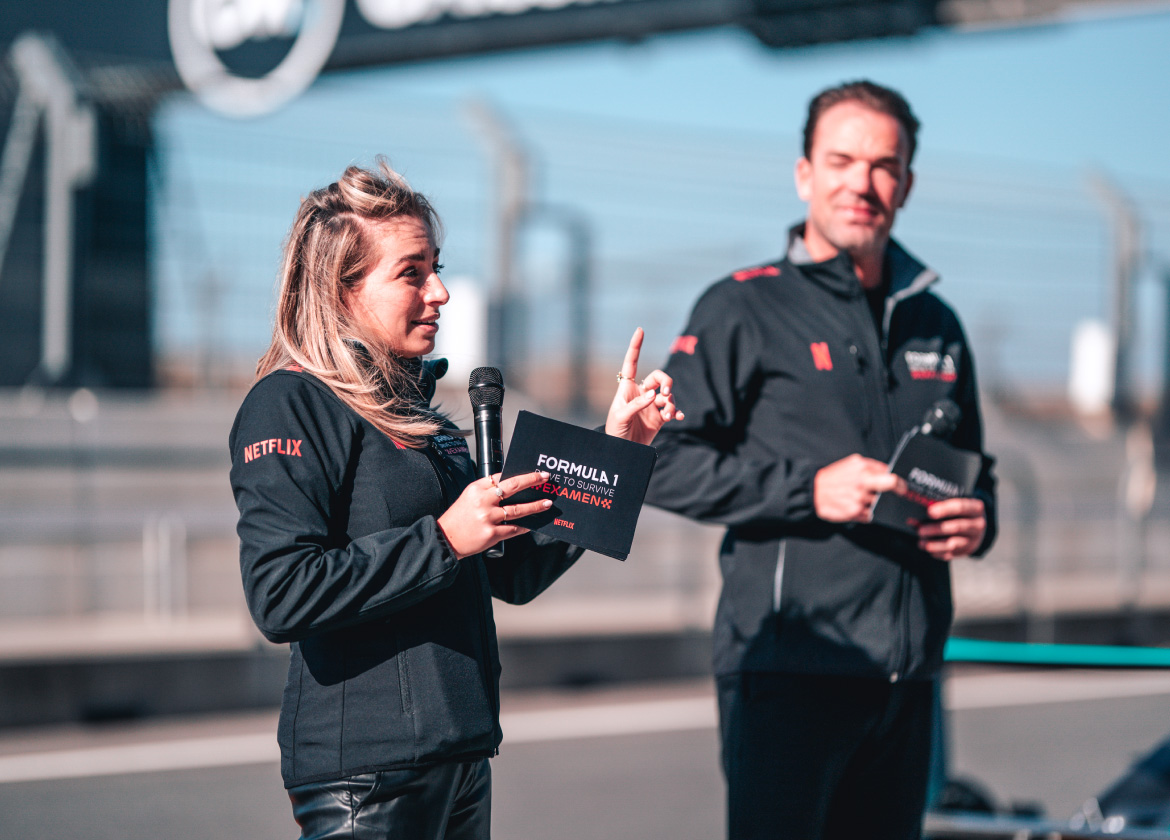 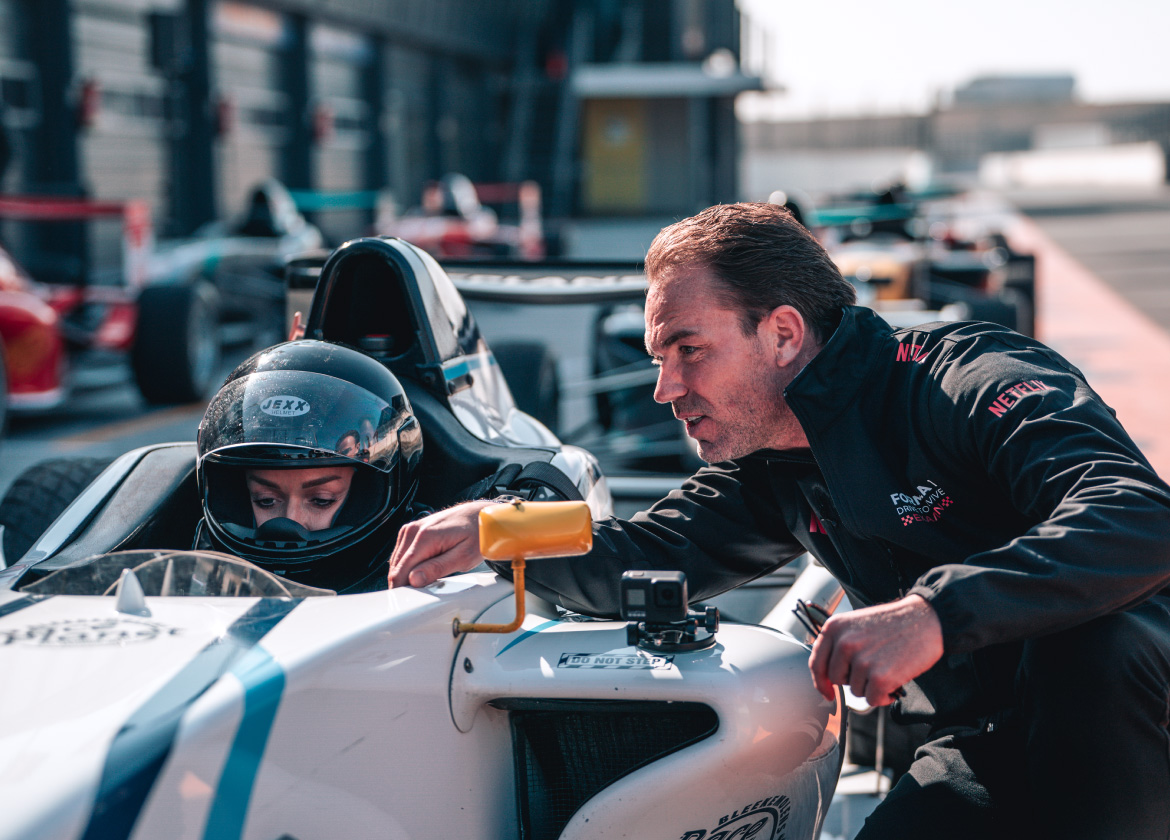 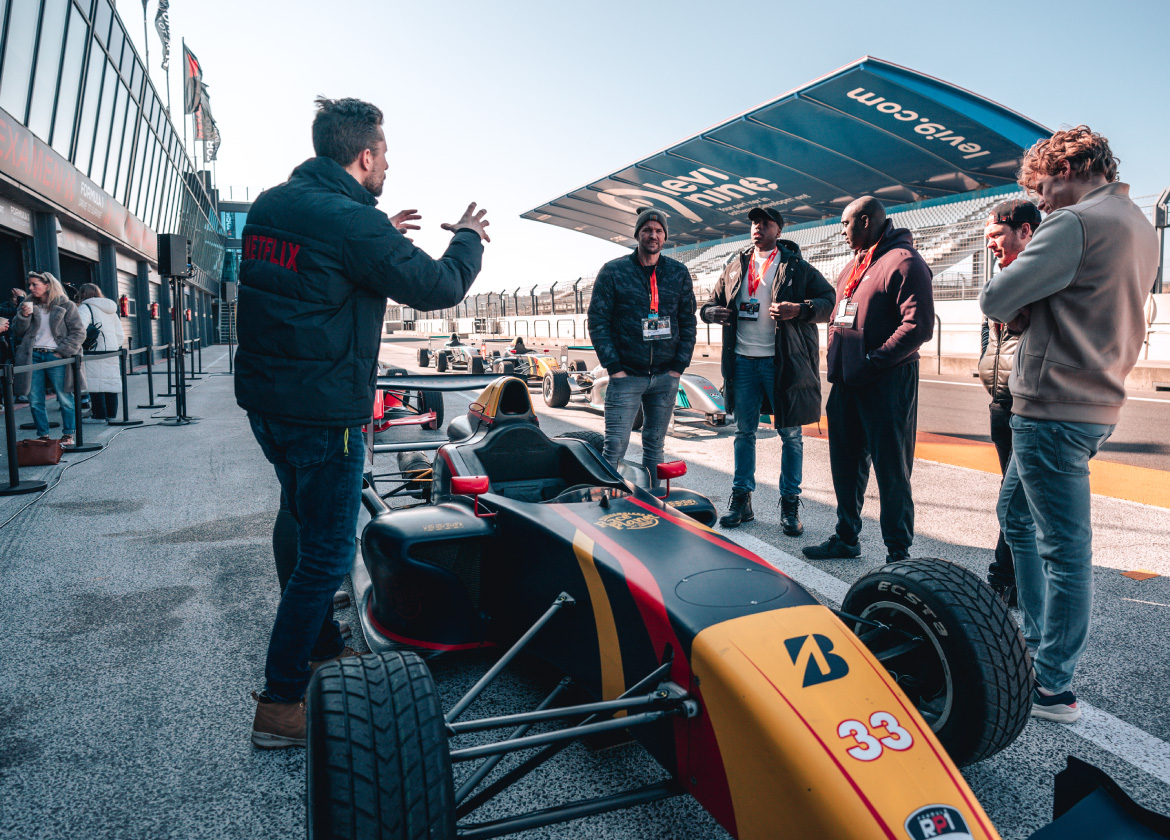 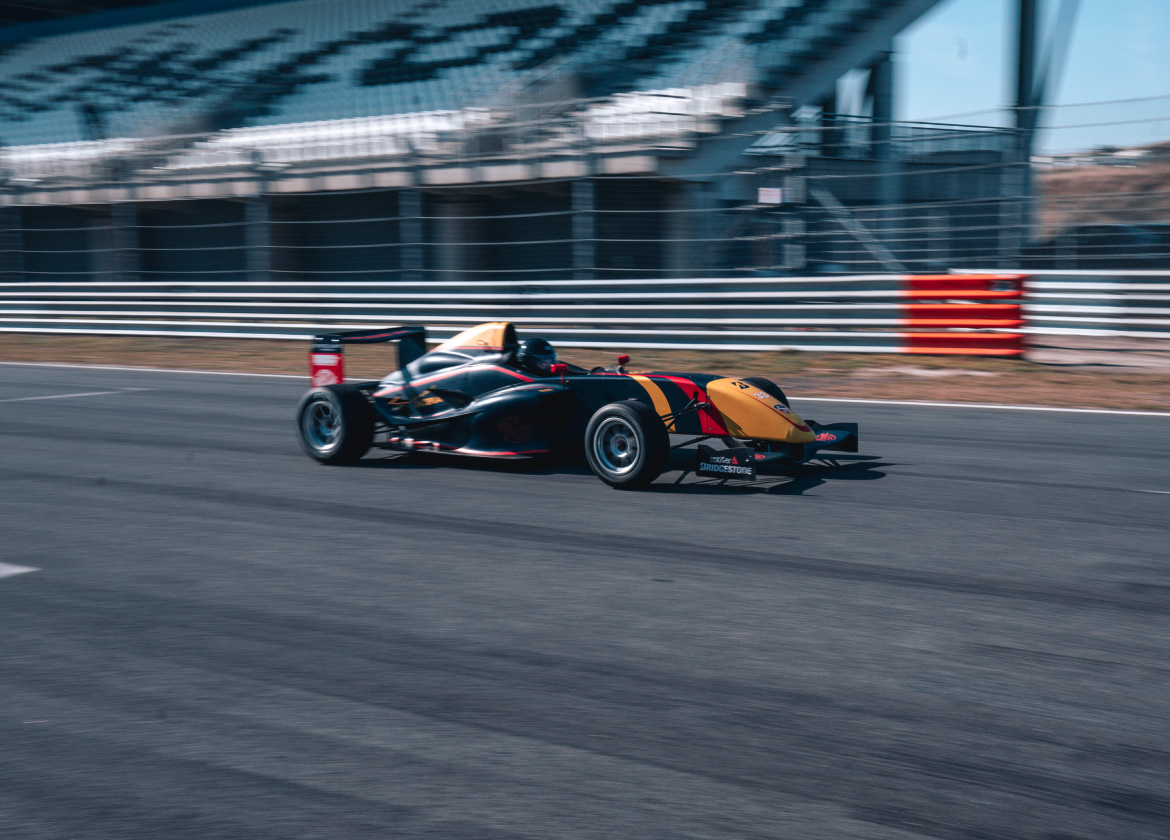 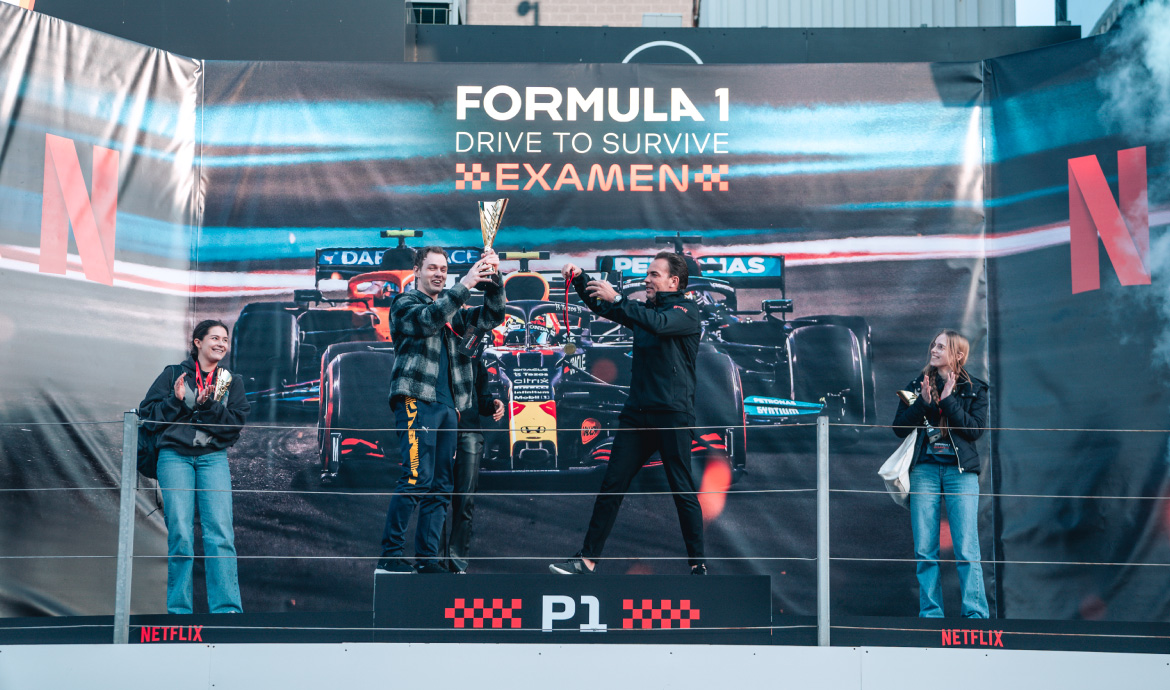