CASE
Are you a fan of Netflix's hit series Into the Night? This Belgian production with an international cast is doing well on the streaming service and is getting a second season. We (Megawatt Fieldmarketing) were asked to activate the release of this second season. Netflix style, of course. 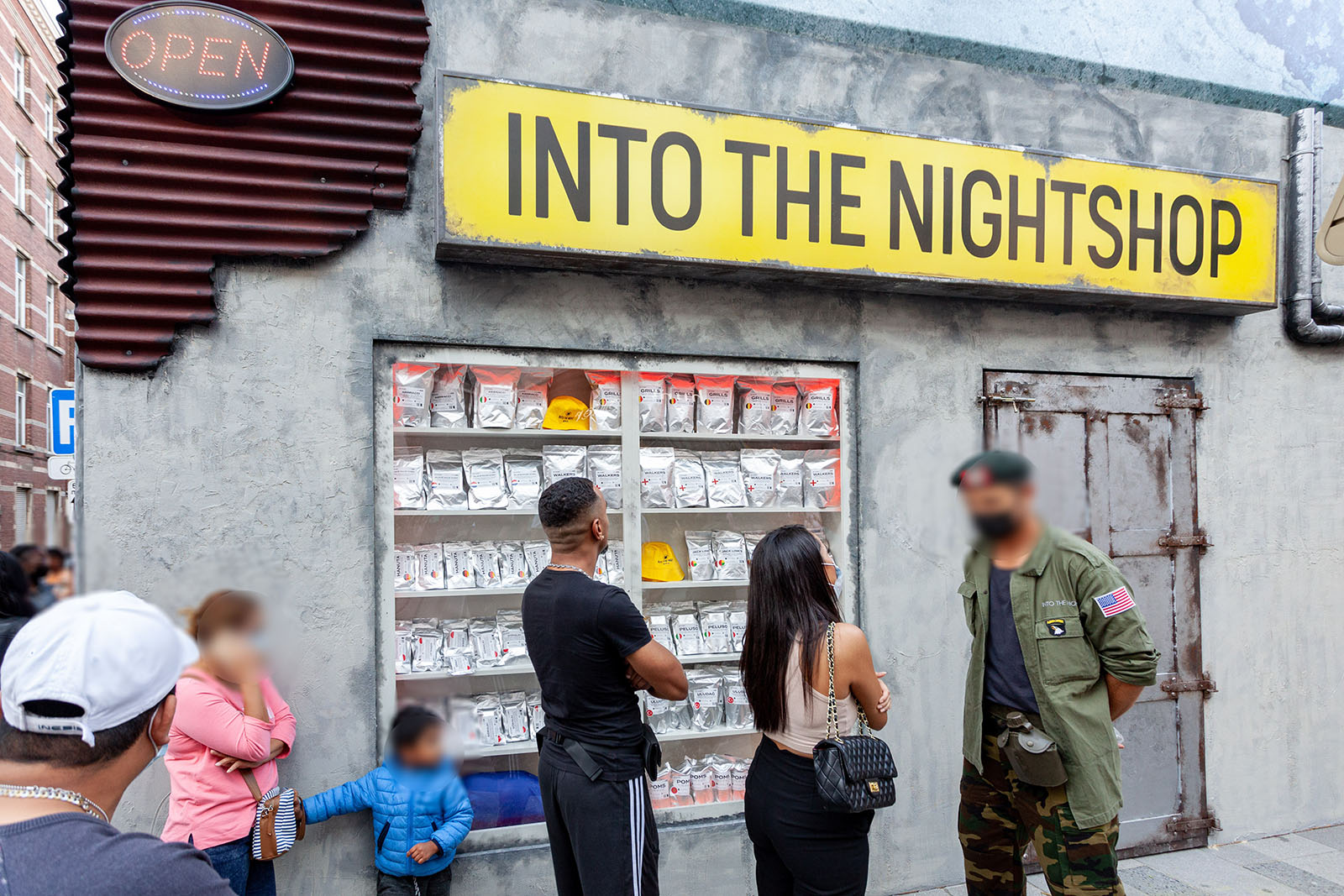 APPROACH
In the series, the sun has become deadly and a group of survivors flee from the fatal rays. They travel ahead of the sun by plane and make short stops to refuel and stock up. These 'night shops' are all over Bruxelles and a perfect link to the series, so we’ve created an Into the Night Shop. We’ve converted an existing store into an interactive night store. The Belgian advertising agency Duke & Grace created the concept and we’ve pitched the perfect execution. That’s why we collaborated again, after a successful activation for Sky Rojo.

REALIZATION
Passers-by stopped en masse in front of the Nightshop and were invited to stock up on as many snacks as possible within 15 seconds. These snacks represented all Nationalities that appear in the series. The activation didn’t go unnoticed. We made it to the national evening news in Belgium. Our cast was interviewed by various journalists and our Intro the Night Shop was shown nationwide. 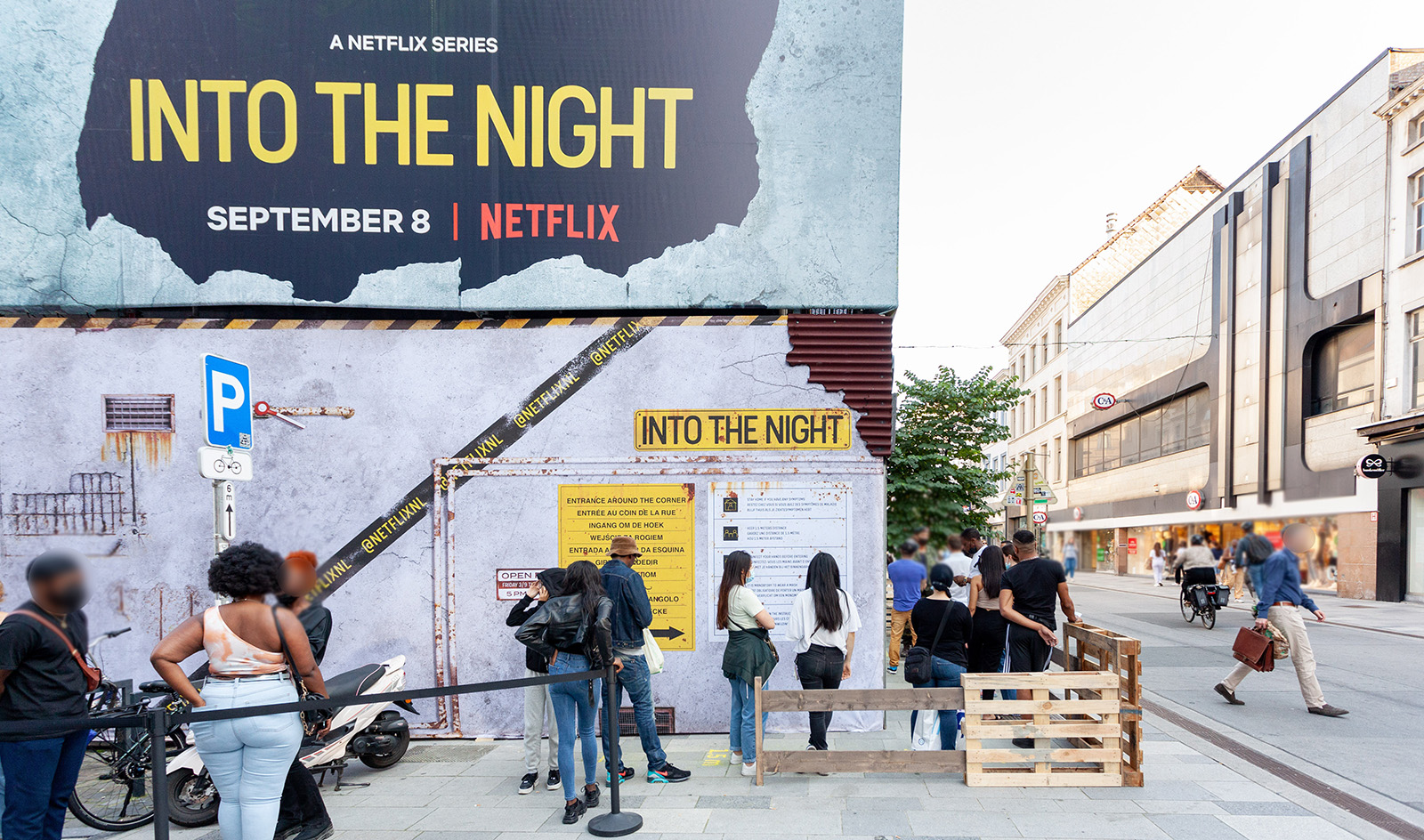